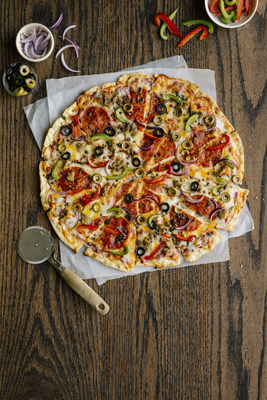 Nebraskan’s obsession with all things red is about to include the awesome sauce from Pie Five Pizza& Co.

DALLAS, Nov. 6, 2017 /PRNewswire/ -- Nebraskan's obsession with all things red is about to include the awesome sauce from Pie Five Pizza Co.

The Dallas-based fast casual pizza concept will soon land in Cornhusker territory with up to four new locations. Known for customizable pizzas prepared and ready to enjoy in just five minutes or less, the new franchise deal also includes locations in Kansas.

Franchisees, Tim Long and Greg Trejo have a long history of successful restaurant operations.  They currently own multiple Sonic Drive-In locations and Pool Halls in Kansas and Nebraska. In fact, Trejo began his restaurant career at a local Sonic Drive-In when he was 14 years old.

"We are excited to bring Pie Five to Nebraska and add more locations in Kansas," said Trejo.  "The fresh, quality ingredients and made-from scratch crusts along with the speed and hospitality of the concept will be a popular addition to the local restaurant scene."