"Last quarter was transitional as we streamlined operations and strengthened both Rave brands by prioritizing revenues and profitability for our franchisees over growth," said Scott Crane, Chief Executive Officer of Rave Restaurant Group, Inc. "Our leadership team continues to work on efficiency and effectiveness across all operations. Our targeted plan is progressing towards a solid foundation for future growth."

In the second quarter, the Company made a strategic shift to discontinue its Norco distribution division.  As a result, sale of food, equipment and supplies is no longer recognized as revenue and the cost of such items is no longer included in cost of sales.

"Our emphasis has been on refining the strategy to prioritize investment into areas where we can and must win," said Crane. "Our new supply chain model is an opportunity to intensify the focus on reducing cost of sales while providing enhanced service and efficiency for our franchisees."

"We are pleased to see continued positive same store sales trends from our legacy brand," said Crane.  "Despite weather issues in January, Pizza Inn was able to end the third quarter on a high note and continues to see increased traffic and sales momentum.  Pizza Inn is focusing on increasing top-line growth for franchisees with new initiatives such as all day buffet and an improved online ordering experience."

"The first location of our new kiosk concept, PIE, is on track to open later this spring in the Fort Lauderdale Airport," said Crane.  "PIE is our new concept geared towards convenience stores and airports for a grab-and-go option.  We are looking to continue expansion across the country."

Pie Five continues to capitalize on the growth of delivery and health-based consumer trends.  The cauliflower crust that was introduced in the second quarter of 2018 was recently added as a permanent addition to Pie Five's dough line-up. Cauliflower is healthy, low-carb, and gluten-free, making it a healthier option for consumers with dietary restrictions.

"Our cauliflower crust sales have exceeded our expectations," said Crane. "We are seeing increased frequency from existing customers and we are attracting new guests looking for a lower-carb option. In addition, our 14" pizzas and sandwiches have been well received by our guests.  We are also gaining traction with airport expansion. We are currently open at Baltimore-Washington International and San Francisco International and have new airport locations planned for later this year.  We have also partnered with new suppliers to find purchasing efficiencies that directly impact franchisees' bottom lines."

In the third quarter of fiscal 2018, two new franchised Pie Five restaurants were opened, while three franchised restaurants and one Company-owned store were closed, bringing the quarter-end total unit count to 78 restaurants.

"We have deliberately shifted our focus to a franchise model that allows us to create brand-building strategies that lead to long-term success for our franchisees," said Crane.

During the third quarter of fiscal 2018, the number of Pizza Inn domestic units declined to from 156 units to 152 units, while international units declined by two units to 60 units.

"Pizza Inn is experiencing a resurgence in new development," said Crane.  "We have a solid pipeline of new locations along with a refreshing of existing restaurants.  We are also looking to PIE as a new concept for expansion.  We closed two development deals for PIE in the third quarter and five more since the quarter ended, for a total of seven projected PIE units." 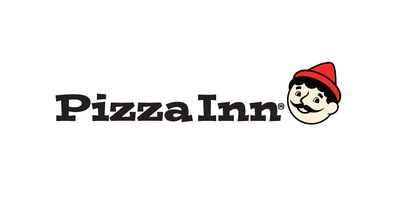